Freya Holmér started at Futuregames in 2010 studying Game Design. Like many others she was attracted to the school through her interest in games. It seemed like the best one for what she wanted to work with, which turned out to be true. Back then the goal was to become a level designer at Valve, and Freya applied to Futuregames with a design document on levels for Team Fortress 2. As time went on she learned more about game development, programming, 3D-modelling and art and the goal changed. “Today I would say that I’ve become more of an indie developer rather than wanting to work at a large company”, says Freya.

According to herself, the education at Futuregames was relevant and she appreciated that it was very hands-on. The teachers could answer questions about working in the games industry, and one of the most important parts she took with her is a good contact network. During the last year at Futuregames, Freya did her internship at Avalanche Studios. “While I enjoyed the atmosphere, colleagues and all the talent around me, I found myself wanting more autonomy in decision making, as well as learning more than just sharpening a single skill or a single field of work within game development. This was the reason why I’m pretty sure indie development is right for me today”. “I realized that smaller companies would be a better fit in order for me to broaden my skills”.

After being in the games industry for a while, Freya came back to Futuregames to teach Unity and programming. During this time, the students had switched game engine from Unreal Engine to Unity and there was a lingering frustration over not being able to make the visuals as pretty as before. “I had the same problem myself when I started using Unity, in that I was missing the material editor of Unreal. Since I was freelancing, I took the time to learn how to write shaders and plugins for Unity. I spent a week researching and it seemed like it was doable, it would just take time. I started working on a shader editor that would fill the same role as the material editor in the Unreal Engine”. Students at the school helped with bug reporting at the time, and the next year, it was already use by many students. Shader Forge eventually grew to become the industry standard for Unity, which would finance the next big project.

As Shader Forge grew with good sales numbers, the opportunity to start projects opened up. With a few years on smaller game studios and freelance behind her, Freya decided to start her own company together with Jenny Nordenborg, who studied 3D graphics in the same year at Futuregames, and that’s how Neat Corporation was formed. Freya and Jenny traveled to Game Developers Conference in USA, and as many similar events, new contacts are often made at parties. At one such event hosted by Unity, the two co-founders found themselves at a table with a couple of strangers. It turns out they were working at Valve, and were involved in the new VR-headset HTC Vive. This was one of the crucial steps that allowed Neat Corp. to gain access to the hardware at an early stage, and they could start developing games for VR.

This year Neat Corp. came out with their first game, Budget Cuts, for HTC Vive and Oculus Rift, where Freya got the freedom in development that she wanted. “It’s our own intellectual property, our own game and we got to explore creatively in the new field of VR. It’s been exciting and probably not an opportunity I would have gotten at a big company”. Budget Cuts is a first-person stealth game taking place in an office, where the management has started to replace the employees with much more efficient robots. The player receives a mysterious phone call that leads you on your path to find out what’s going on at the company. 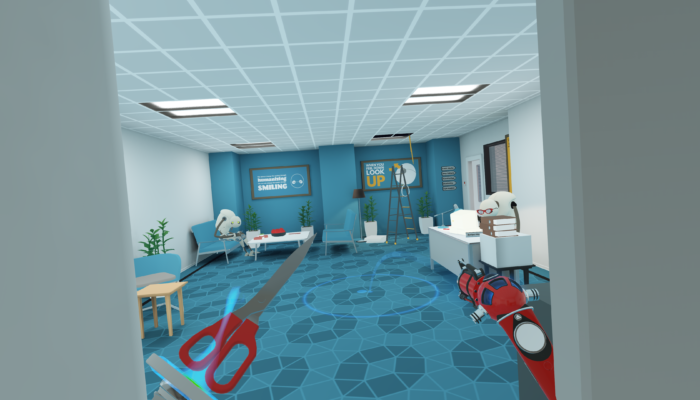 Right now Freya is working half-time at Neat Corp. and the rest of the time she spends live streaming the development of the indie game Flowstorm on her Twitch channel. “It’s a hybrid between a platformer and a racing game”. “The educational format and being open to conversation has made the channel grow a lot, and it’s become a community. Many viewers are new to game development and some have been in it for a long time, many of whom are under the LGBT umbrella”. Freya is also working on several smaller Unity plugins that will hopefully be released soon.

“To me, it’s always been hard in general to focus on things that I’m not interested in. During high school and before, I didn’t have good grades but not bad ones either. I had bad grades in the subjects that I didn’t care about and vice versa. I had top grades in math, programming, physics, digital media and I just barely passed in the rest. Since I’ve been aware of this, I’ve always made sure to focus on getting good at the things that I’m interested in as much as possible”. “I get motivated by what I’m interested in, and if I can work with that, it’s perfect”.

Freya explains that it’s not about opening a book to learn about, for example, programming, but that she sets up projects for herself where she has to learn programming in order to complete it. Through this method she has accelerated her learning, and today she’s reached a point where she has a very broad knowledge about game development. During GlitchCon: Digital Games Festival in October this year, she hosted a talk about learning, getting to know yourself, and to turn things around to make them interesting. “When I was going to learn how to play the piano, I was never interested in theory. My way of learning was to find songs that I like and want to learn how to play, which means I then practice based on what I’m interested in. It becomes accelerated learning because I’m learning to play the piano, but also because it’s something I think is fun”. 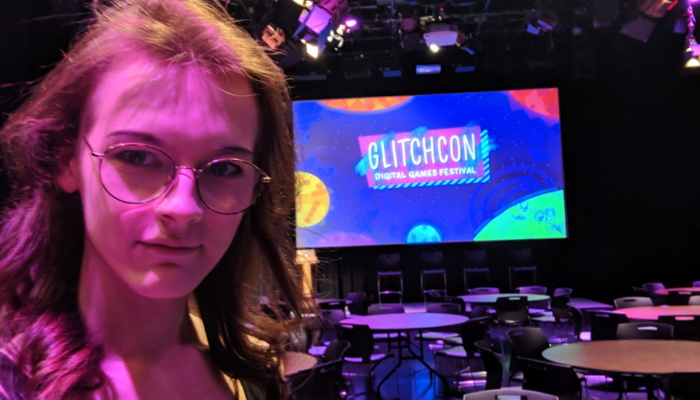 When we ask Freya what she thinks the games industry will look like in the future, she guesses that more AAA companies will start releasing smaller games. “We’re starting to reach a point where massive projects are hard to make, and it’s a big gamble on time and resources”. In today’s industry she misses games with high quality but are shorter. “It would be fun to see AAA companies dare to start indie divisions that work on several, smaller and more experimental games, since they have the resources. To me it feels like a bit of a missed opportunity when large companies have a lot of money, but the titles become more predictable and low-risk. It would be really nice to see more variation from companies that dare push the boundaries”. Freya says that in reality its’s hard to make it happen due to how much money big companies need to make.

How do you become a game developer?

The most important advice from Freya is to actually start making games. “It may sound simple, but the most important part if you want to learn is to get going instantly. Connect it to a project you think is fun and interesting”. She means that the most common mistake is to search for tutorials online on how to make games, without grounding it in a project you’re ambitious about. “Find things that you want to do, and as you encounter obstacles, you find ways of solving those specific issues. Get Unity and start somewhere!”.

When it comes to game development on a larger scale, Freya thinks it’s very important with good communication between individuals and departments due to the complexity. “As a game grows, the more complex it becomes. It’s the most advanced form of media today, so communication is vital in case something goes wrong”. “Things can happen quickly, and a game can change a lot during development. For example, when testers share information that shifts the focus, you have to be able to deal with what’s going on and adjust accordingly”. She also explains that it’s important to have a clear creative vision and try to stick with it, which can be hard. “The problem with many creative visions is that it can conflict with what’s best according to the market”. Freya means that it would be nice if there could be more focus on making a good game for the players rather than focusing on how many players buy the game, but that does unfortunately conflict with what you should be doing in order to make money. “For example, I think that A Way Out wouldn’t have been released as it did if nobody had been around to keep the unorthodox creative vision alive, and it resulted in a game that’s very unique”.