The third edition of the TING has been held. The week-long event where games studios from around the world get to meet the students at Futuregames was once again a success!

This was the first time Futuregames held TING at our new location in Hammarby Sjöstad, Stockholm. Over four days, 103 students had 550 meetings, online and “speed dating”, with the 35 participating companies. 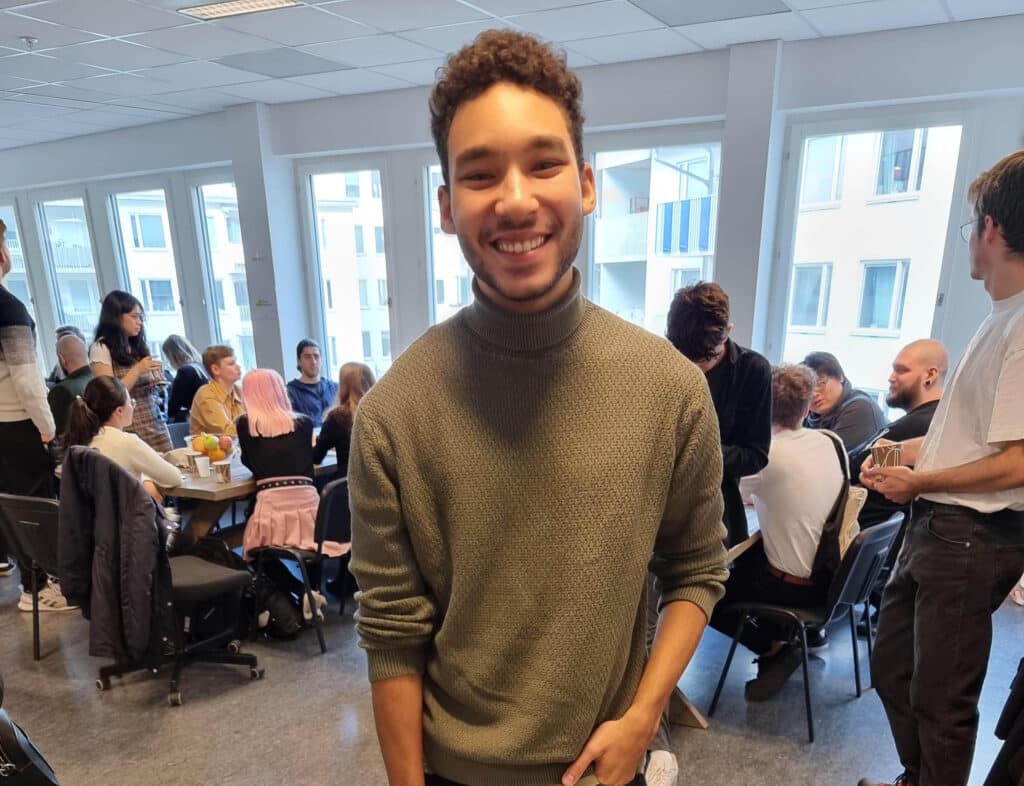 We spoke to Kai Moore, Game Designer 21, just after an interview.
– The experience was really nice. Having come off two days with only online interviews, it is really nice to sit down in person, face to face. I am looking for a producer internship, which is a very unorthodox thing. But I have had quite a few interviews for producing specifically, which I was surprised by.

Futuregames students were looking for 30-week internships.
– I am here to find an internship and get interviewed by some cool people, said Fatima Alkhatib, Game Artist 21 in Boden, who is an international student from Palestine. I hope I can get a full-time job as a 3D artist, as it is my passion. I hope to find something that prepares me for a job like that. I also hope I can stay in Sweden. 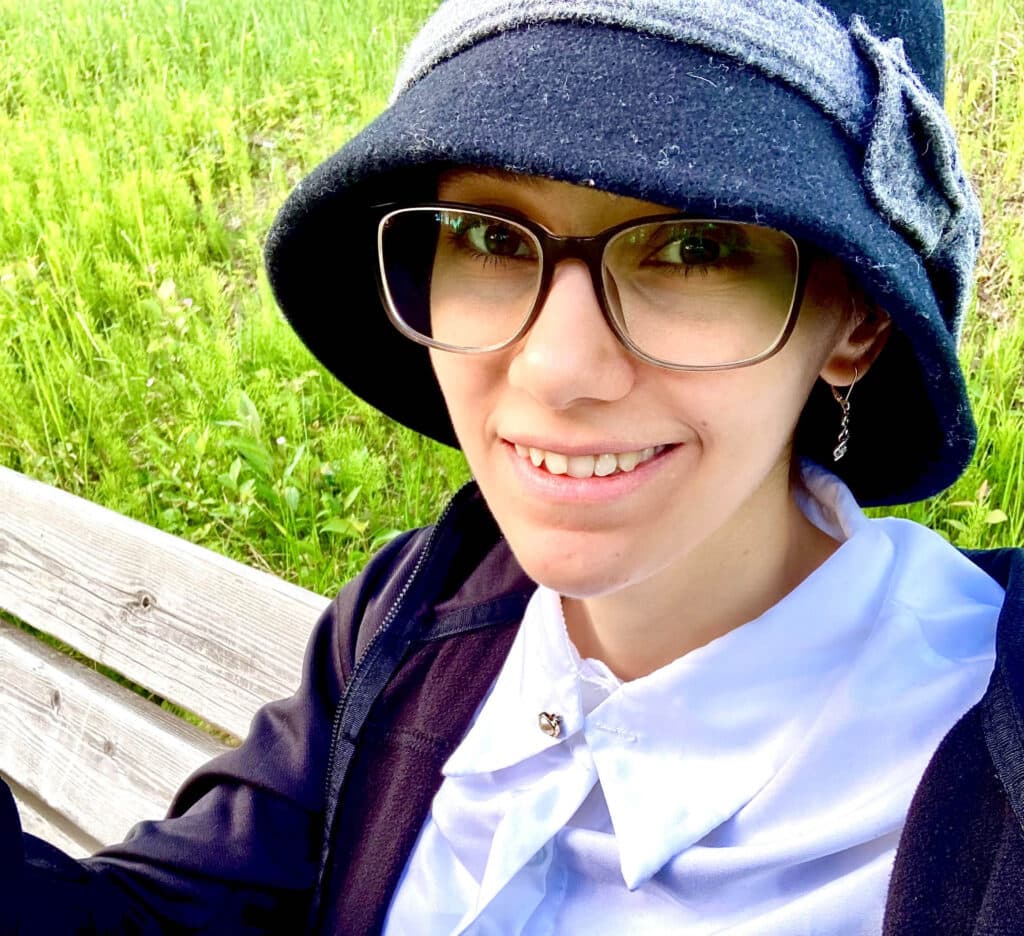 – I have worked with a couple of start-up indie studios before. So now I want to try midsize to bigger studios to get that experience to be a smaller part of something bigger. My meetings went well, they said they liked my work. We connected on LinkedIn, and four of them wants to meet again. Which of course is nice to hear. 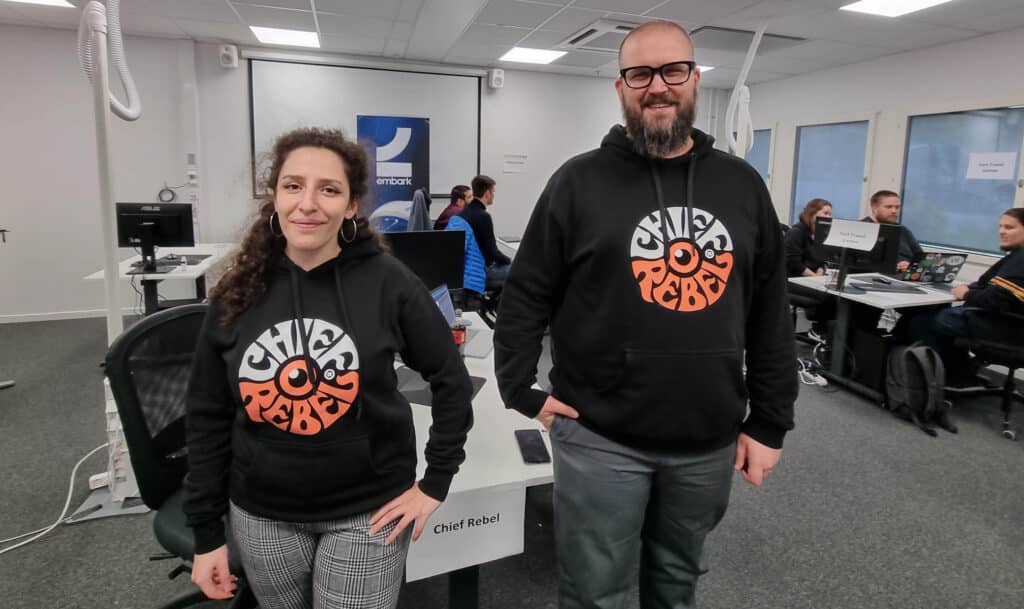 Some of the studios had particular positions in mind for interns, while others were at the TING to stay updated:
– We are here today to meet all the students we can possibly meet, said Eleonora Matrella, HR Generalist at Chief Rebel. It is really important for us to stay in touch with what is going on at Future Games. The set-up is very smooth, everything has been working fine. I was also here last time, and yes, you are keeping up the good quality. I like that it is very well planned and organized. 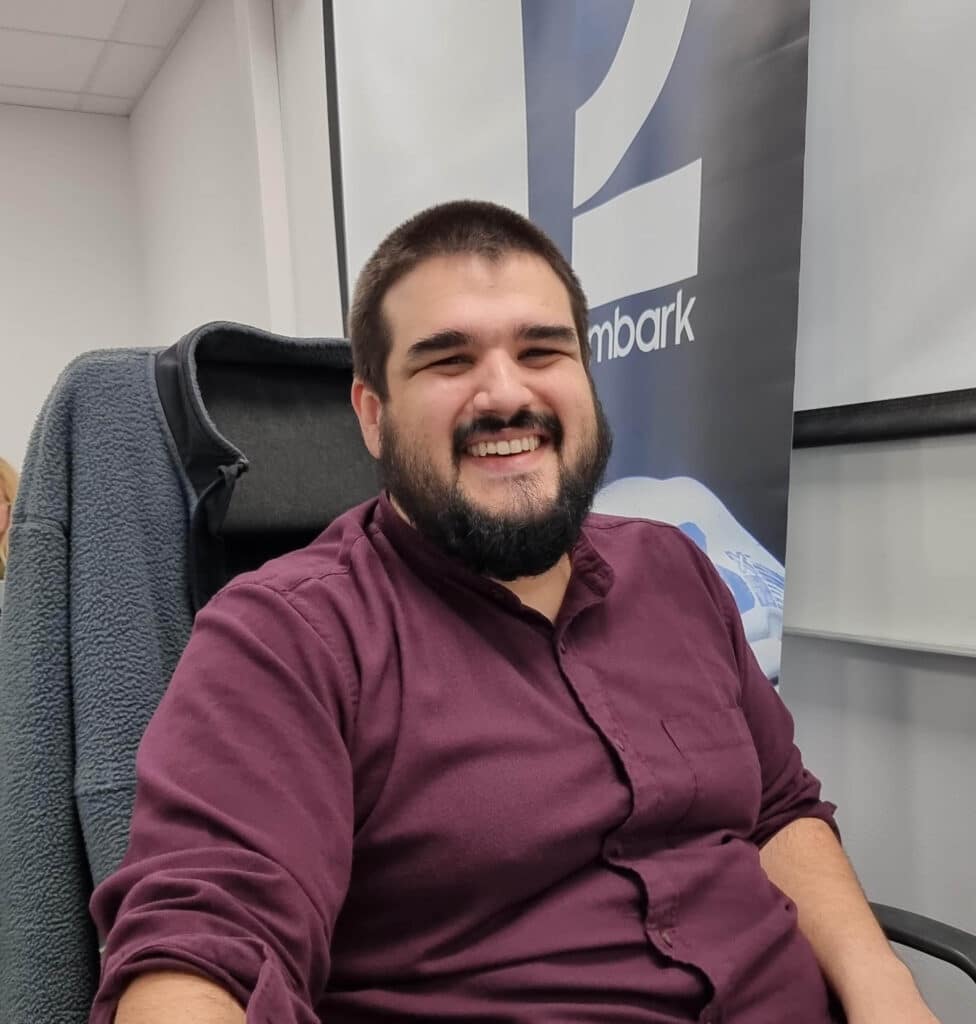 – This set up is awesome! I wish I had that when I studied, said Caio Braga, Production Director at Embark Studios. It is very nice to interact with the other companies as well. Embark has a very long interview process and it is usually quite hard to punch through for non-interns. Actually, every year we hire people from Futuregames for internships.  As someone coming from Brazil and having worked in several different countries – I think it is one of the best schools I have hired from, for sure.