The Future of the Games Industry

News
The Future of the Games Industry

Last week Red Bull hosted EWKND in Stockholm. A weekend filled with events focused on esports, gaming and culture. Futuregames took part in talks and a panel during ‘The Gaming Industry” together with game companies EA DICE, Ubisoft, Avalanche Studios, Mojang and Neat Corporation — a day event about how to get into the games industry and what the future looks like. We’ve gathered some of the most interesting points we might come to see in the games industry.

Technology is always a hot topic for anyone working within the digital world. John Wasilczyk, Executive Producer at EA DICE pointed out that a major game changer in the business will be when we can finally stream games, just like we are able to stream video content through online services today. This innovative way of handling games is dependent on higher internet speed and less latency, which will eventually be available through 5G. According to John Wasilczyk, this would make us less device dependent if we are able to stream a game to any device of our choice and at any time, but requires zero friction between device and player input, which is where the speed and latency is crucial.

The market keeps demanding better games and it’s hard to stand out in the sea of new releases every year. One important thing to note is that technology is starting to become less of a problem for many consumers. It’s no longer about having the most revolutionary and optimized graphics. Going forward, our attending companies agree that focus will be more on entertainment value and execution, as well as more frequent updates rather than big content drops. It’s also expected to see more blurred lines between markets, devices and technology and we will have to learn from each other and adapt quickly to new circumstances.

It’s been said that 2018 was going to be the year of VR (Virtual Reality). This hasn’t quite been the case this year. Jenny Nordenborg who is the CEO and Co-Founder of the VR studio Neat Corporation, means that VR isn’t comfortable or good enough for the mass market yet. It’s still too expensive in comparison to the content and experiences available and the market is still not large enough for big studios or investors to dare to take the risk of developing for VR. On the other hand, it’s more difficult to get your hands on money for development, which results in fewer low quality products. All in all, 2018 has been a good year for VR, since people are now generally informed of its existence and it’s not going to disappear from the market.

AI (Artificial Intelligence) is another thing that the developers expect to become a better tool for development as well as in-game experiences. If a game can learn on its own it will be possible to adapt games depending on player behaviour to create the best experience on an individual basis or even challenge the player to outsmart the game. 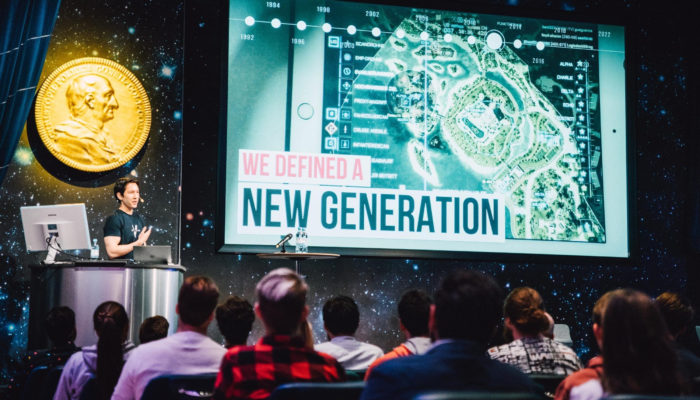 The cost for game production is constantly getting higher. According to Patrick Bach, Managing Director at Ubisoft, we are reaching a point in the games industry similar to what happened in the movie industry where technology is getting more and more accessible, which is allowing more people to make games without the support of a huge company, challenging the big and expensive productions we see today. We already see the trend of game development being doable with smaller budgets and smaller teams, and still being able to create very high-quality products. Thanks to really good game engines available on the market, a big change has already been made in the industry since companies no longer have to develop their own engines from scratch, cutting both time and costs. In the future it’s expected to see a lot more small studios popping up due to the easier access and better tools which makes it possible to create games without enormous investments, and we’re already equipped with new ways of funding games such as investors, crowd funding and variety of payment models in games.

Our panellists foresee that China will continue to be a very large part of the market, but it’s expected to see the west and east markets blend more in the upcoming years, as companies will have to start producing for a more global market. This is the same reason that Sweden is a successful country in the games industry, according to Jenny Nordenborg. Since the Swedish market is very small, the games have had to be globally targeted for a long time already.

The numbers of people watching esports on a daily basis keeps skyrocketing. Regarding this topic, our panellists foresee that the games being played might vary, but the esports will continue to grow at a rapid pace and become more and more similar to ‘normal sports’. Due to the growth of esports it’s now considered from the very beginning when nailing down core game mechanics, according to Pim Holfve, CEO at Avalanche Studios. It seems like we can look forward to a bright future in esports with more cultural acceptance, more recognition and of course, more prize money.