Getting ready for Halloween? Don’t miss the upcoming Shockholm event on November 5th – the largest Halloween Parade Festival in Europe, combining a physical festival with a virtual experience. Futuregames and Changemaker Educations students are proud to be part of making the immersive experience come to life.

To learn more about the upcoming event we had a chat with Bill Schacht, CXO at ORB Immersive and founder of Shockholm:

“This year we are thrilled to cooperate with Futuregames and Changemaker Educations on a really wild, robust physidigital adventure. That’s perhaps the best way to describe it!”

“Shockholm is the largest Halloween Parade Creative Festival in Europe, built on three pillars of Creativity, Social and Charity. But to many who have been participating, some since the beginning twelve years ago, Shockholm is a magical land where anything and everything is possible.  A good example is when we turned Globen into the world’s largest pumpkin.  Shockholm and the costume contest is free to attend and held every year in Stockholm on the Saturday of Week 44 with thousands of participants in full costume—it’s a nite to remember! This year the parade will kick off at Medborgarplatsen on November 5th.”

How are Futuregames and Changemaker Educations students involved?

“Together we’ve taken a lot of time, care and a drop of pain to develop what I think is a fascinating physidigital production tied to the event which spans from what Shockholm already does on stage. With characters like our good king Sire Shockington, into a combination of physical and digital, for example the premier of the Holoman hologram character, through to the purely digital tie in of VR, Metaverse and filters. Futuregames and Changemaker Educations have really shown me they are one of the best schools possible for this sort of thing. I don’t think other schools are geared up for the Immersive Era yet.  A big cheers to the incredible students making it a reality! The future CXO’s and immersive leaders of tomorrow.”

What kind of immersive experience can crowds expect on November 5th?

“I grew up with a Halloween Parade in my home town, New York, and considered it one of the most fun and creatively experiential nights in a city which is already fun and experiential. So, adding the many elements we are producing along the spectrum from physical to digital and in between is really kicking that spirit up to another level.  We will live stream in Full 360 as well as standard Flat, so, if anyone can’t be there in person, they will be able to watch through our website. One main driver for making the event come to live virtually this year is to make it accessible for children who can’t join in person, supporting Barncancerfonden.”

“I have seen a lot in my career of directing and producing hundreds of projects, and, we have things in the works I’ve never seen before. There is a red thread all along the line. Captured with live stream at the event!  And we are very proud to announce HTC Vive and  Viverse are cooperating closely with us on this. Their support has been incredible and will bring results I think beyond what we all expect, especially since some of this is meant to share with children who may not be able to join the physical part.  To us, thats a large win and a manifestation of what this new immersive world brings.” 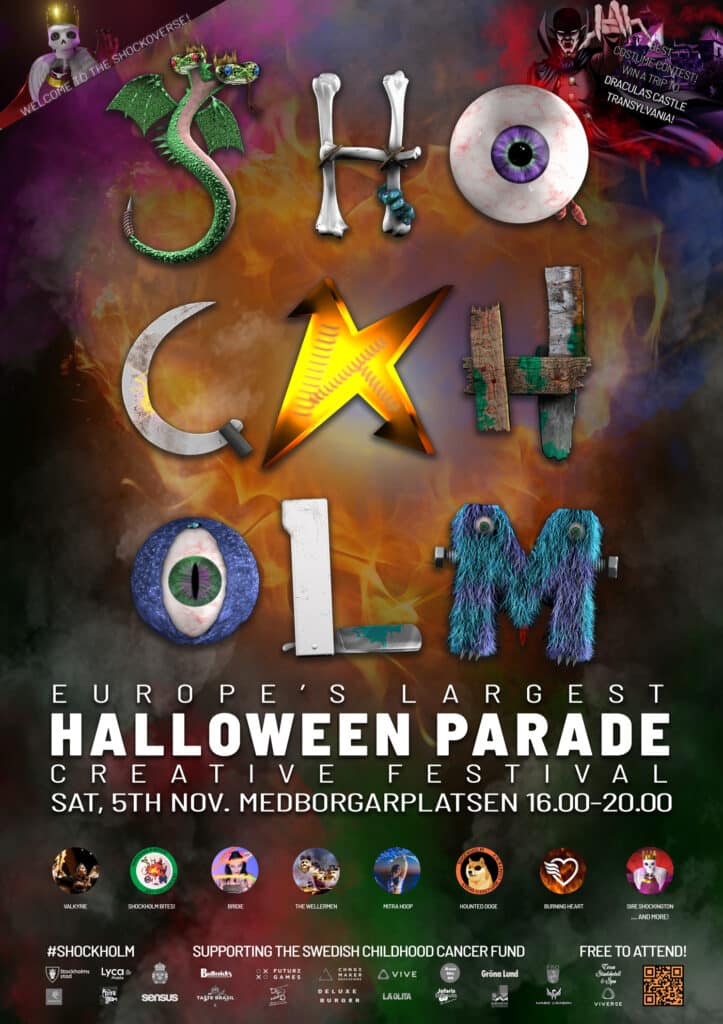