Olivia started studying Game Programmer at Futuregames in August 2018, and today she’s far into her education and on the road to the games industry. Though the journey here hasn’t always been crystal clear. After two years of studies in economics and French, Olivia realized that she didn’t want to focus on that. At an after work with her brother, she got aware of game development for real.

“I’ve always been interested in games but had never realized that you can become a game developer. At first, I was skeptical, but then I thought ‘why not?’ since I didn’t have anything else going on and I wasn’t happy at school”. “I’m really happy that me and my brother went out for a beer. Otherwise I would’ve never understood that this is a thing”.

“It was hard at first since I had no prior experience in programming, but I thrived and the teachers were really positive and I engaged a lot in hosting game jams”. “I graduated last year and have worked a little every summer, partly as a teacher for youth at programming camps and partly for Ericsson within VR”.

After graduation, Olivia wasn’t sure about what she wanted to do, but had heard about Futuregames and had friends that had attended the school. When the education Game Programmer was launched, she decided to give it a try. “I applied and thought ‘let’s see what happens’, but I got in and why not try?”

“I’ve always seen myself as creative, but bad at drawing and so on. I can’t do that”.

“Programming for games is a way for me to be creative”.

“I love structure and logic and it’s incredibly satisfying when you write something that doesn’t work with error all over, and then you manage to make everything green and everything works. It’s a hate love relationship sometimes, and then you need to take a break for a bit, then all the problems will be solved”. Olivia describes programming as an extremely large area where you will never learn everything. “We had a teacher from the industry that was lecturing and said that we only know a fraction. There is so much to learn, and you will never learn everything, but that’s okay, as long as you know how to handle new knowledge”.

The first contact with games happened at an early age. At the age of four, Olivia and her brother sat in their dad’s lap when he played Quake and Half-Life. “We didn’t play but this is where it began, and we interacted and told him what to do. Sometimes we got controllers that weren’t plugged in, so we could pretend to play. I think I was around seven years old when I played for the first time and it was my dad’s Sonic the Hedgehog for SEGA”. “You couldn’t even save. If you turned off the TV, all progress was gone. One time we got to the last level and it was fantastic. Then we had to eat and let the TV stay on, but it shut down automatically”.

The Future of the Games Industry

Olivia believes that the games industry will grow a lot in the future. She points out that there are so many different kinds of games and experiences today – teaching games and VR with the aim to teach specific professions among others. “It’s incredibly different from where it was at the start, and this is just the beginning. I think that it will grow and with technology and graphics it will become almost the same thing as movies”.

To Get More Women into Game Programming

“When I was younger, I didn’t play games with my friends. I played with my brothers and their friends. I think it’s better now since, for example, there are more genres and I have introduced choice based games to friends who were really skeptical”. Olivia explains that many people don’t really know that there are many different kinds of games, but that it would be good to introduce this more, even at an early age, since it’s easy to get labelled because you play games.

“We should introduce simple programming and make games in secondary school and high school. If it’s the first time, you can make a small game. I think everyone would find that super fun, but games are often seen as shooting. There are app games and a lot of other types. We need to talk about genres and especially that it’s a great way to hang out when you can’t see each other in real life. My female friends and I don’t have a lot of time to hang out these days, but we sit down and just play games for a few hours every week. It’s such a cosy feeling – like going to the cinema or watching a movie together. We just have to introduce more genres and not make it a label”.

What does a game programmer do at Futuregames?

During the latest game project at Futuregames, Olivia worked in a group with 11 – 12 people. She explains that the group dynamics is different compared to when she studied at university. Today she has the opportunity to focus on what she enjoys the most. “There are people who love things that I hate”. “It was very fun but challenging. You have to keep a high level of communications and not be separated between the classes”.

Olivia’s group ended up in a situation where they over estimated what they would be able to do during the four-week long project and had to start over after two weeks. “We had good communications but ended up redoing everything in two weeks. We were all in the same situation and wanted it to turn out good. It was a cool feeling to realize that we were all in the same boat, and we just had to go for it”. 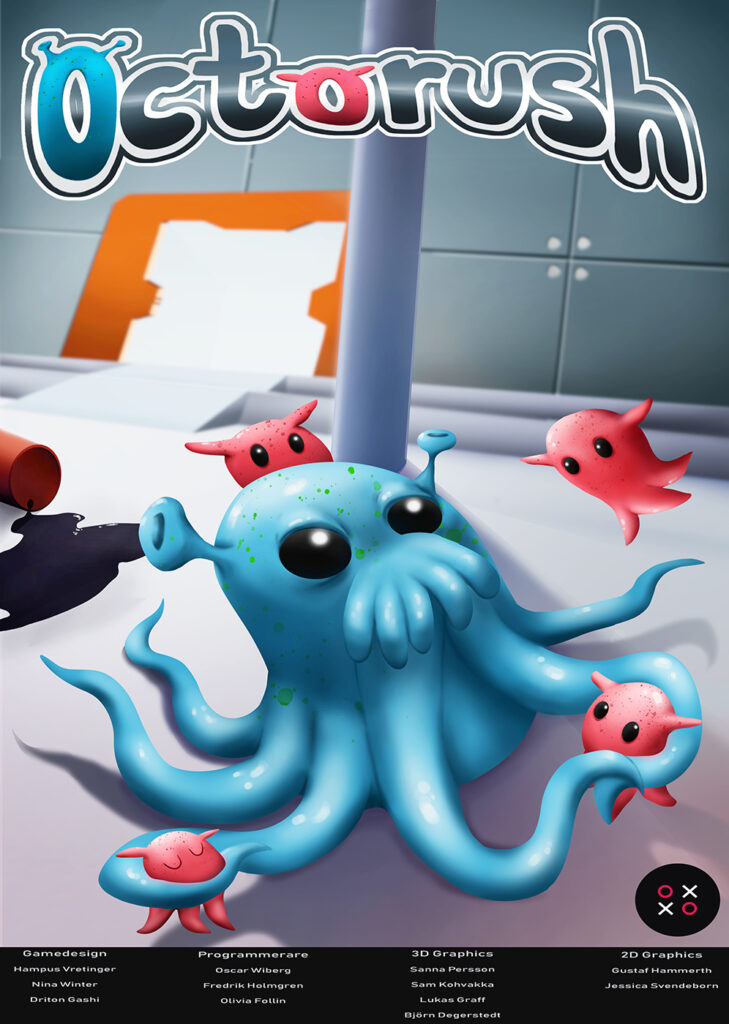 During the project, Olivia’s role covered most of the larger systems. “I worked very closely to the designer in charge of blueprint”. “We talked and discussed together about how to do it and what he needed. It was cool to work so closely with someone”.

“One of the positive things about Futuregames is that everyone has the same interest. You can do the same things at home alone, but you get so much more motivated by being among people that have the same ambition. Everyone is on different levels, but it doesn’t matter”. “Everyone is so accepting if you don’t know everything. Every Friday, one student could teach the class something that they thought the others didn’t know”. “It’s fun to be able to give and take and it’s really something you wouldn’t get by making games at home”.

Tips on becoming a game programmer

“If you’ve never programmed before, I would say that YouTube is great. Check out and follow a beginner’s tutorial in creating a game. When you’re more used to it, try to create a simple game. For example, a replica of one of the classics, Super Mario or Sonic. Do that without following a tutorial and try to think for yourself. Try things out by yourself before you check for the answer, because that’s how you will learn more rather than just copying something straight off”.