John Walden Wants to Lead by Example in the Games Industry

Meet John Walden, a 24-year-old Game Design student from Sydney, Australia, attending his first year at Futuregames. With the goal of becoming a games industry professional, John is spending the next two years working towards becoming the best developer that he can.

Before joining Futuregames, John was signed with Atlantic Records’ sub label Big Beat under the name Walden, together with artists such as Skrillex, Icona Pop and David Guetta, producing progressive style EDM. “I was very inspired by Swedish music such as Swedish House Mafia, Eric Prydz and Avicii”. John spent seven months on tour in America, Canada and Australia during 2013 and 2014. “They threw me in the deep end. I failed a lot, but it was a great learning experience”. 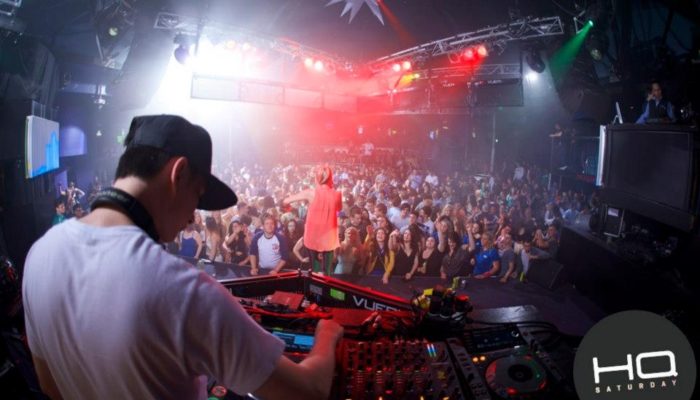 Starting to make music at the age of 11, John created everything from jazz to electronic experimental music. “It was fun to try new things. Eventually one day I remember hearing the track Put Your Hands Up For Detroit by Fedde Le Grand. It got me into house and took me on that path”. In the younger years, John’s inspiration came from things he heard and liked. As time went on it became more based on themes, story and moods. “I love how a certain track can make you feel a certain way. I want to make tracks that makes you feel things, for example the sound of a sunset”. I see images of things and think ‘if this was music, what would it sound like?’”.

What moved me on to more narrative themes was when I watched Draft Punk’s Interstellar. I wanted to create something like that.

A year and a half ago, game design was the last thing John thought he would get into. When his music career didn’t go as well as he wanted, he travelled to Sweden to gather inspiration from the country of his favourite artists. “I came here in 2016 and around that time I was thinking of how I could expand my work and audio skills. Because I love playing games that seemed like a natural step to take”. Visiting his sister at King resulted in meeting several game developers who gave him good advice on how to perceive a career in the industry and recommended Futuregames. After returning home to Australia, John opened Unity for the first time with no prior knowledge of game design or programming and got hooked. “A world opened up to me since I wasn’t in a good place with music.” “It gave me a new perspective on game making and I appreciate games differently after that. It’s the process of putting together an experience. Very unlike getting up on stage, playing music and people reacting to it”.

With games, people can interact and interpret in their own way which is super fascinating to me.

John began studying game design at JMC Academy shortly after and started building a portfolio to apply to Futuregames, convinced that it would offer more opportunities due to a smaller, more isolated industry in Australia. Having learned the basics of production art, 3D graphics and programming, John sent in his application and had no idea if he would get in or not, but with the mindset to give it his all and learn as much as possible in the process. After passing on to the next stage, flying over to Sweden for an interview and then back home again, he was finally informed that he was accepted into the education. 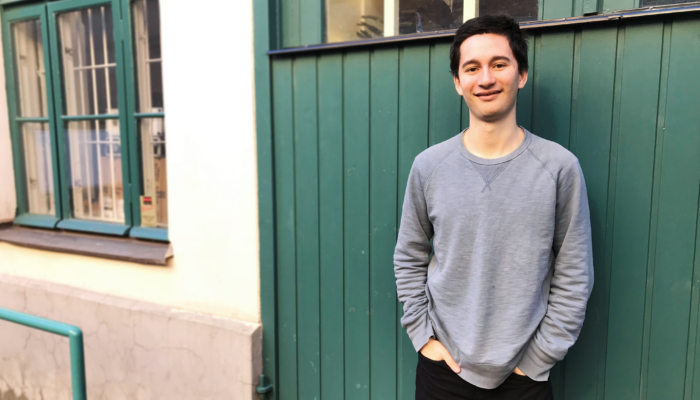 The interest in games began at an early age. “I had no choice. My family are all gamers and my parents introduced my siblings to the Atari, then Nintendo and I remember one day as a toddler, my brother introduced me to Red Alert: Command and Conquer. After that I just played games. It was fun to just be in this whole other world and being in control. It’s something I’ve done for all my life”.

Working with Music and Games

“I see a connection in the process of music and game development and what you’re ultimately dealing with. You’re building an experience that other people can get into. Working with music before in a professional capacity taught me to learn by doing – picking something up and giving it a go. I applied that to game design”. At first John didn’t think much about music when going into game design. In the end it was the process of making music that he took with him as well as the self-learning approach. “What’s so fascinating is that the world felt like it opened up when I discovered game design”. Music effects the experience of the game through, for example, sound effects and change how a player might react to things. Expressing that through sound and implementing it in the process is really cool, according to John, who was really interested in how music related to this at first, but later got more curious about how all elements work on their own.

The difference between creating music as a DJ and creating it for games isn’t too far off from each other. “You’re still applying it to something with a purpose. The difference is the purpose itself”. “In music it’s something that happens, and you experience it. It’s a connection between the crowd and the DJ. With games there is so much more involvement because the music needs to be dynamic depending on what the player is doing”.

In the future John wants to become a leader and inspire people. “One thing that stuck with me that I learned from my family and friends is that it’s important to lead by example”.

I want to inspire people like I’ve been inspired by my own heroes.

John sees himself working with creating music for games or creating levels and just be involved in the design process. The dream game to work with leans towards open world experiences with narrative or immersive game-play, similar to games such as The Legend of Zelda: Breath of the Wild or Dark Souls.